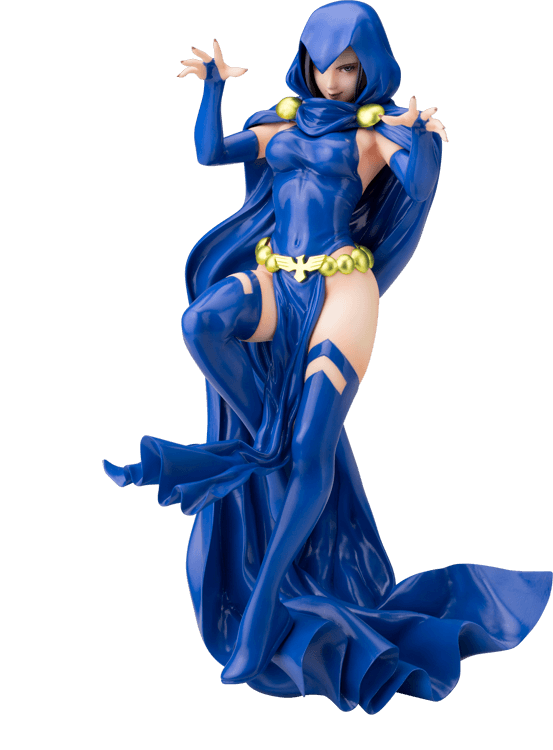 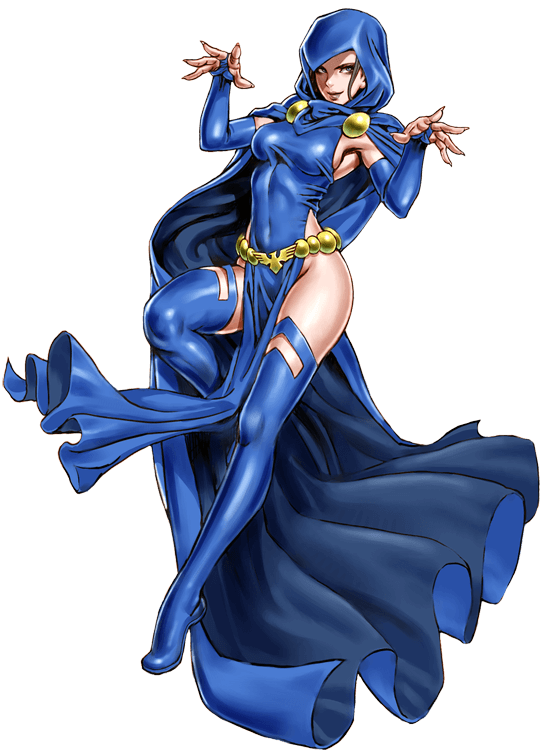 ※画像は試作品です。実際の商品とは多少異なる場合がございます。
A KOTOBUKIYA Japanese import! Kotobukiya proudly presents the next entry in their lineup of Bishoujo statues based on the superheroines and villains of DC Comics, the mystical RAVEN! The half-demon daughter of Trigon uses her formidable magical powers alongside the Teen Titans, always careful not to unleash “hell” by keeping her emotions in check. Raven finally steps out of the shadows in her debut in the Bishoujo series with traditional Japanese “pretty girl” styling based on a new character interpretation by Shunya Yamashita! Demons and evil doers beware! Raven is ready for action as she floats in the air, hands outstretched before her to conjure eldritch energies. The Teen Titan wears her classic costume with thigh high boots, bodysuit with long tabard, detached sleeves anchored at the middle finger, and a massive swirling cloak with pointed hood. All of her clothing elements are a rich, deep blue while the accents at her shoulders and her detailed belt are bright gold; meanwhile, Raven stares at you from under her hood with piercing green eyes and the purple of her lips match her pointed fingernails! The flowing movement of the demonic heroine’s clothing gives the statue a life of its own as well as making it look like Raven is floating above your shelf. Raven is nearly 9 ½ inches tall (1/7 scale) as she hovers in the air. Display her alone or alongside other DC character Bishoujo statues from Kotobukiya!
PROTOTYPES SHOWN, PENDING LICENSOR APPROVAL. FINAL PRODUCT MAY VARY. CONCEPT ART SHOWN PENDING LICENSOR APPROVAL.