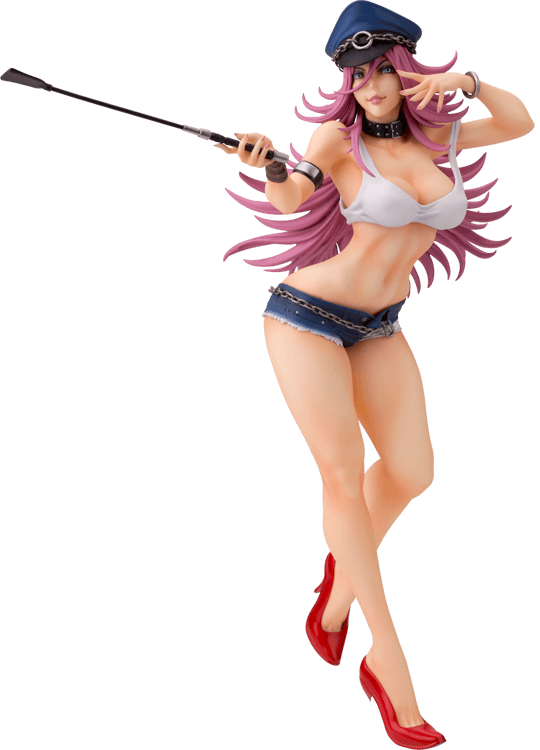 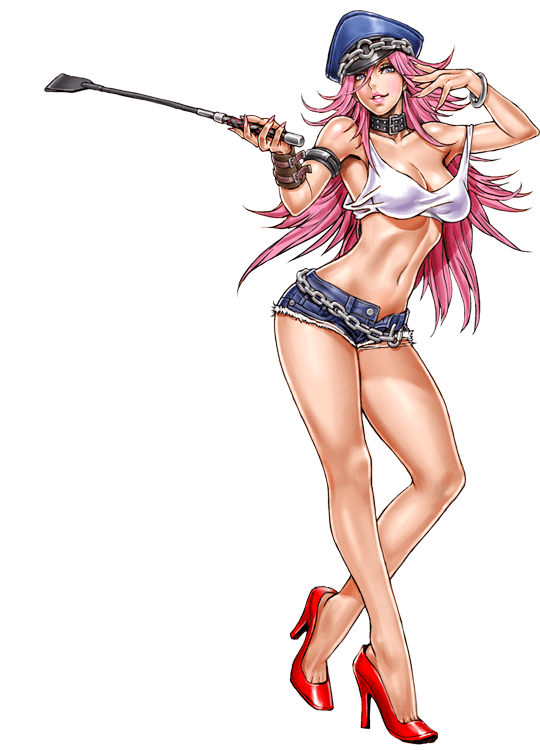 ※画像は試作品です。実際の商品とは多少異なる場合がございます。また、ベースは開発中のものです。
A KOTOBUKIYA Japanese import! Kotobukiya continues its hit line of incredible Street Fighter Bishoujo statues, adding another beautiful lady to the current collection of Juri, Cammy, Chun-Li, and Sakura. Up next is the controversial character who joined the Street Fighter series after appearing in the Final Fight games, POISON! One of the bestselling video game franchises of all time, Street Fighter first debuted in 1987 with its unique blend of one on one combat and international characters (and fighting styles). Poison made her debut as a playable character in Street Fighter X Tekken, though she had made cameo appearances before that. Her former career as a wrestling manager led Poison into the world of martial arts where she put her self-taught skills to the test against men and women alike. The fan-favorite character now joins the Bishoujo statue lineup based on an all new illustration by Shunya Yamashita! Poison knows how to make an entrance, and she’ll catch everyone’s attention with this stunning new look. The fighter saunters toward you in an exaggerated pose, showing off her unique style and outgoing personality. Poison wears her iconic outfit consisting of bright red high heels, very short cutoff jean shorts, a loose-fitting white top, and a blue and black cap. Of course, she’s known for her accessorizing and shows off with chains around her waist and hat plus bracelets, an armband, and a leather choker. The sultry martial artist poses with one hand waving in front of her face and the other holding up one of her signature items; you can display her with either a crop or a pair of handcuffs! Whichever you choose you know Poison means business with it, and that’s reinforced by the intense expression on her beautiful Bishoujo-styled face framed by her mane of spiky pink hair. Sculpted by Takaboku Busujima (Busujimax), Poison stands just under 10 inches tall (1/7 scale) as she walks on her high heels atop her specially designed display base. The sexy fighter will make a huge impact on your collection whether you display her alone or alongside other beauties from Kotobukiya’s Street Fighter Bishoujo line!
PROTOTYPES SHOWN, PENDING LICENSOR APPROVAL. FINAL PRODUCT MAY VARY. CONCEPT ART SHOWN PENDING LICENSOR APPROVAL.