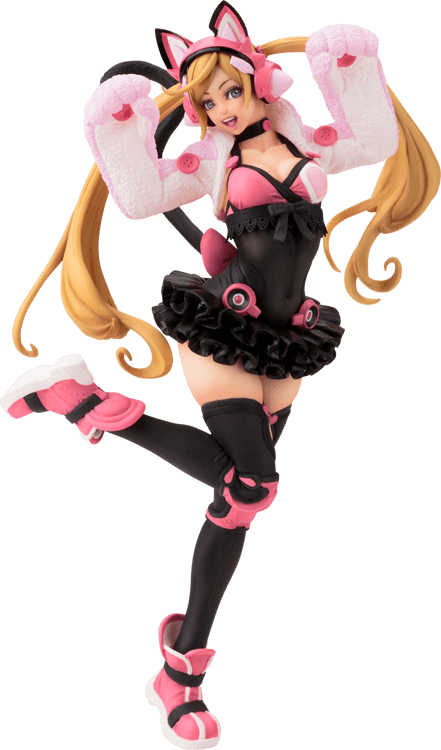 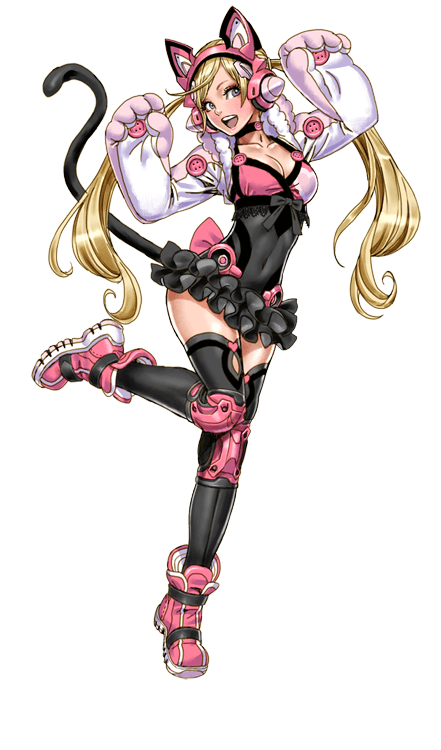 ※画像は試作品です。実際の商品とは多少異なる場合がございます。
A KOTOBUKIYA Japanese import! The hit line of Tekken Bishoujo Statues continues! With its thrilling martial arts action, the Tekken series of video games from Namco has been a huge hit with players since the original arcade game in 1994. In the games, fighters compete in the King of Iron Fist tournament for control of the Mishima Zaibatsu Corporation, using their unique talents against their opponents. The next competitor turned Bishoujo Statue is a relative newcomer to the series having debuted in Tekken 7, LUCKY CHLOE! Despite her recent introduction Chloe has captivated players around the world with her unique looks, and now Kotobukiya brings those to you in a fantastic presentation based on a new character illustration by Shunya Yamashita.The mystery girl who really loves cats is loose and no one can stop her! Lucky Chloe can’t help but smile as she unleashes some cool Freestyle Dance fighting moves in her preferred style. Her outfit is one of the most unique in the Tekken series, consisting of black stockings with pink knee pads, pink shoes, a very short black dress with ruffled skirts, and of course her distinctive cat-inspired furry paw sleeves, tail, and pink headphones with feline ears. Based on her appearance in the games this dynamic version of the lucky girl has fantastic details on her clothing and accessories all the way down to the bunched fabric of her skirts, the soft texture of her sleeves, the speakers embedded in her dress, her tightly pulled hair, and much more. With a fun pose Chloe dances on one foot with the other tucked beneath her and gives you a huge smile with her “paws” up in the air.Sculpted by M.I.C., Lucky Chloe stands just over 8 inches tall (1/7 scale) on her included display base. This beautiful cat girl looks great on her own or alongside other Tekken Bishoujo Statues from Kotobukiya!
PROTOTYPES SHOWN, PENDING LICENSOR APPROVAL. FINAL PRODUCT MAY VARY. CONCEPT ART SHOWN PENDING LICENSOR APPROVAL.