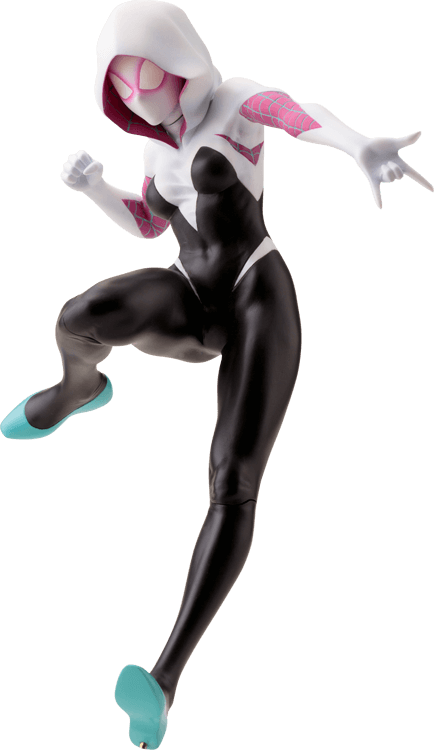 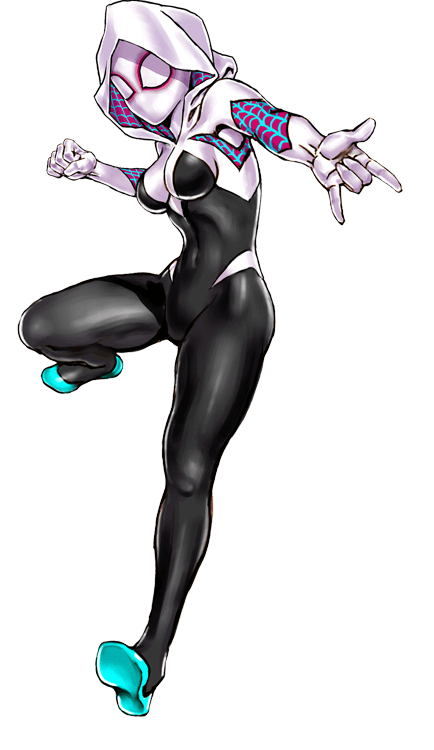 ※画像は試作品です。実際の商品とは多少異なる場合がございます。
A KOTOBUKIYA Japanese import! The Marvel Bishoujo collection, bringing you new interpretations of familiar superheroes and villains, returns with one of the most popular characters to debut in the last few years, SPIDER-GWEN! On a parallel Earth it was Gwendolyne “Gwen” Stacy, not Peter Parker, who was bitten by a radioactive spider and given superpowers, and in turn she became a heroine first named Spider-Woman but better known as Spider-Gwen. She has all of the same abilities as Earth-616’s Spider-Man but with her own flair and a costume that instantly made her a hit. Kotobukiya brings you that fantastic design in a Bishoujo Statue based on a new character interpretation by Japanese illustrator Shunya Yamashita!The web-slinging hero of her world, Spider-Gwen is captured in the middle of the action as she swings through the air. The daring heroine comes in for a landing on one outstretched leg while she reaches out to launch a new web from her left hand in the classic web shooter pose. Gwen wears her immediately recognizable costume, the amazing black, white, and pink skintight bodysuit with web designs on her arms and torso along with bright blue footwear. Best of all, you have two very different options for displaying Spider-Gwen thanks to included interchangeable parts. Use the hooded head to keep her identity secret behind the sleek pink and white mask or choose the bare-headed look to show off Gwen’s beautiful Bishoujo-styled smiling face and long blonde hair!Spider-Gwen stands 8 ¾ inches tall (1/7 scale) on a specially designed display base. Get the hottest new arachnid-inspired heroine for your collection before Spider-Gwen swings away!
PROTOTYPES SHOWN, PENDING LICENSOR APPROVAL. FINAL PRODUCT MAY VARY. CONCEPT ART SHOWN PENDING LICENSOR APPROVAL.