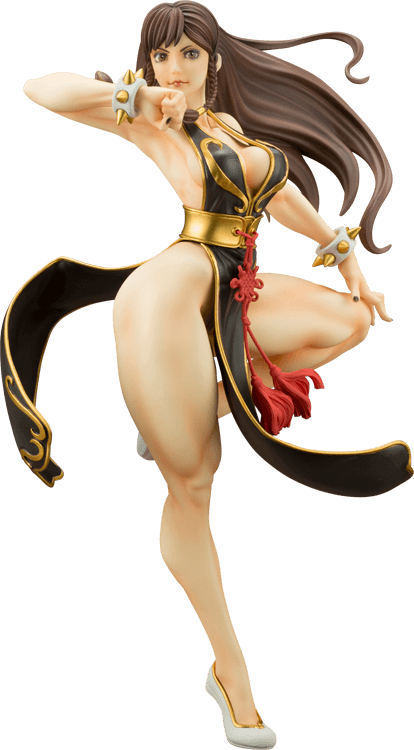 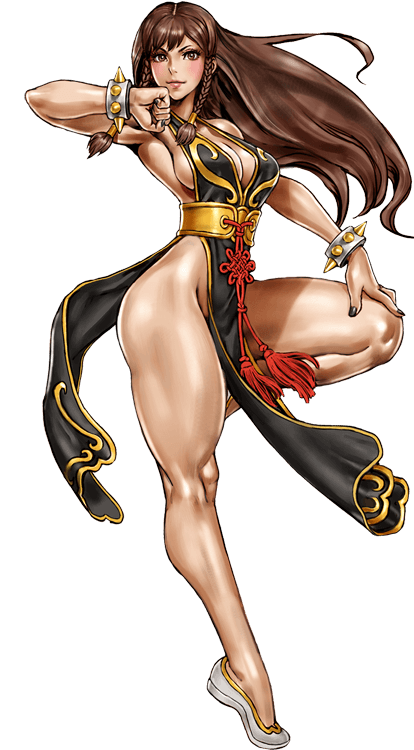 ※画像は試作品です。実際の商品とは多少異なる場合がございます。また、ベースは開発中のものです。
A KOTOBUKIYA Japanese import! For the next incredible Street Fighter Bishoujo statue from Kotobukiya we are proud to present a new, alternative take on the very first and most popular character in the series with the amazing CHUN-LI -BATTLE COSTUME-! One of the bestselling video game franchises of all time, Street Fighter first debuted in 1987 with its unique blend of one on one combat and international characters (and fighting styles). The beautiful and fierce Chun-Li first appeared in 1991’s Street Fighter II and has since gone on to become one of the most popular and recognizable characters from the series. A Chinese fighter and an undercover Interpol agent, she exemplifies justice and honorable martial arts. And now game fans and collectors can harness the power of Chun-Li in this all new Battle Costume Bishoujo statue version based on an original illustration by Shunya Yamashita!

Chun-Li is captured in a fierce martial arts pose, standing tall while balanced on foot. The Street Fighter beauty rests her left hand on her knee while the right hand is held in a fist in front of her face. Even standing still the motion in this frozen stance is incredible with both clothing elements and the fighter’s long hair swirling around her. Chun-Li trades in her traditional blue and white qipao for a version that’s much more provocative; the Battle Costume consists of only thin strips of black cloth with gold decorations covering little of the woman’s impressive (and impressively sculpted) physique. The Chinese hero also wears flat white and gold shoes with matching spiked bracelets, and a red tie hangs from the front of her waist. Of course the incredible beauty of the fighter’s Bishoujo-styled face is the perfect detail to complete the package. Sculpted by Takaboku Busujima (BUSUJIMAX), Chun-Li -Battle Costume- stands 9 inches tall (1/7 scale) on a specially designed display base. Instantly recognizable in your collection, the fighter looks great on her own or next to other Street Fighter Bishoujo statues from Kotobukiya!
PROTOTYPES SHOWN, PENDING LICENSOR APPROVAL. FINAL PRODUCT MAY VARY. CONCEPT ART SHOWN PENDING LICENSOR APPROVAL.