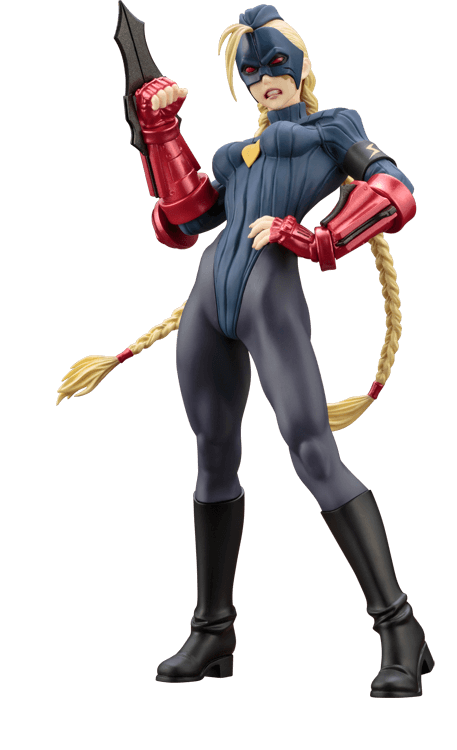 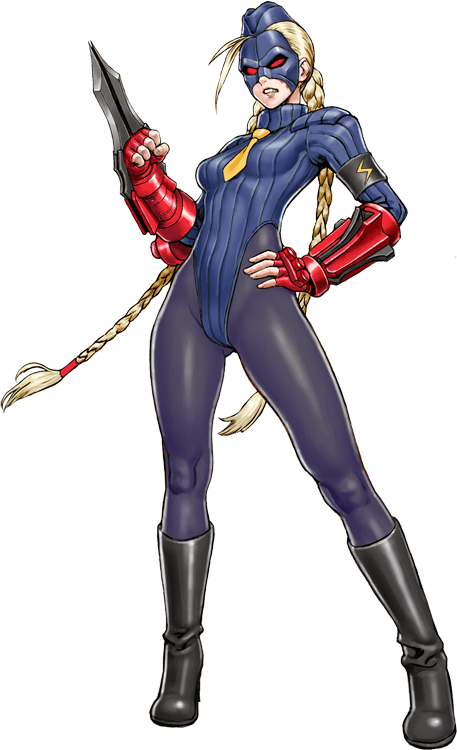 ※画像は試作品です。実際の商品とは多少異なる場合がございます。また、ベースは開発中のものです。
A KOTOBUKIYA Japanese import! Kotobukiya’s incredible line of Street Fighter Bishoujo Statues continues with a dark character who made her playable debut in 2014’s Ultra Street Fighter IV, DECAPRE! One of the bestselling video game franchises of all time, Street Fighter first debuted in 1987 with its unique blend of one on one combat and international characters (and fighting styles). While looking like a mirror version of Cammy, the fighter known as Decapre is actually an earlier clone created by Shadaloo and serving as one of M. Bison’s elite “Doll” guard. Despite her dark origins she now joins the Bishoujo Statue lineup with a beautiful new presentation based on new artwork by master Japanese illustrator Shunya Yamashita!

The Russian Doll looks fearsome in a stable wide-legged stance as she rests one hand on her hip and raises the other in a fist that’s ready to do some damage! Decapre accentuates her pose by arching her back and twisting slightly to her left, stretching out her muscled physique and sending her twin blonde braids floating in the air behind her. Her Shadaloo Doll costume consists of black boots, a dark gray bodysuit, and a dark blue thong leotard with deeply cut grooves, shoulder pads, and turtleneck. On top of that Decapre adds a matching tiny blue hat, yellow tie, black armband, and metallic red gauntlets with vicious blades. She also wears a frightening dark blue mask with red eye lenses over her scarred and scowling face as her mouth unleashes a mighty snarl. Sculpted by Masahiro Takahashi (GILL GILL), Decapre stands 9 inches tall (1/7 scale) on a specially designed display base. Whether she’s standing on her own or taking on Cammy, Chun-Li, or other Street Fighter Bishoujo Statues in your collection this stunning Doll will be a stand out in your display!
PROTOTYPES SHOWN, PENDING LICENSOR APPROVAL. FINAL PRODUCT MAY VARY. CONCEPT ART SHOWN PENDING LICENSOR APPROVAL.