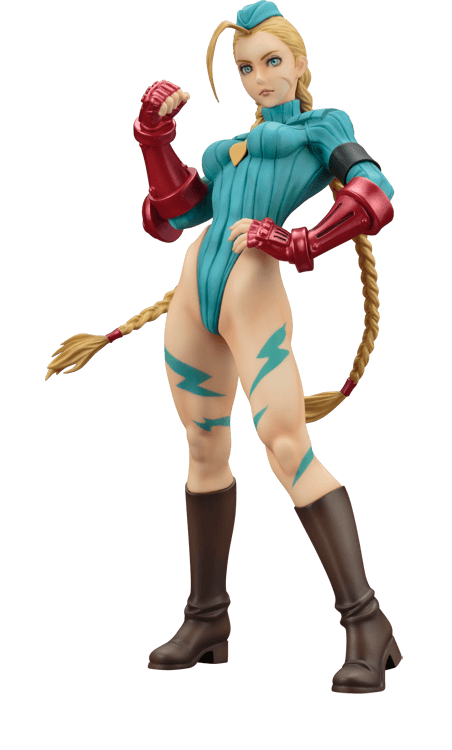 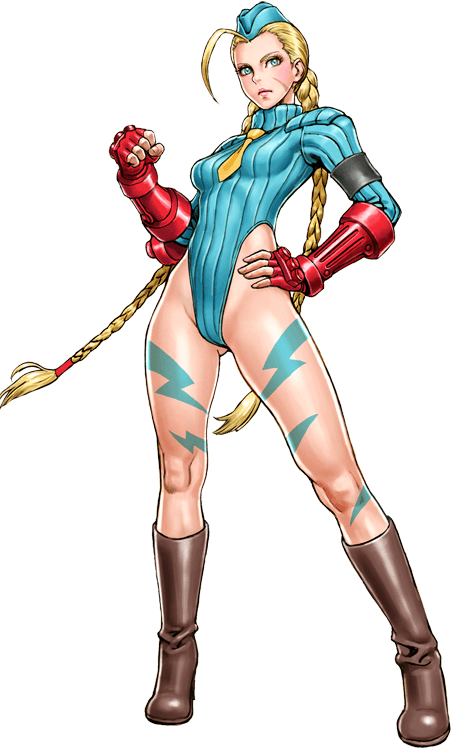 ※画像は試作品です。実際の商品とは多少異なる場合がございます。また、ベースは開発中のものです。
A KOTOBUKIYA Japanese import! The incredible Bishoujo statues from Kotobukiya, which have brought you everything from superheroines to Tekken fighters, return to the Street Fighter franchise with an all new version of one of the most popular competitors: CAMMY -ALPHA COSTUME-! One of the bestselling video game franchises of all time, Street Fighter first debuted in 1987 with its unique blend of one on one combat and international characters (and fighting styles). In the 1995 sequel Street Fighter Alpha the British fighter Cammy debuted a cool new look which is replicated here for the first time in the Bishoujo series and based on new artwork by master Japanese illustrator Shunya Yamashita!

Cammy is out to prove that no one is as tough as she is, and her pose speaks volumes. The fierce British fighter stands in a wide-legged stance for stability while resting one hand on her hip and raising the other in a fist that’s ready to do some damage! Cammy accentuates her pose by arching her back and twisting slightly to her left, stretching out her muscled physique and sending her twin blonde braids floating in the air behind her. Her Alpha costume is most famous for its light blue thong leotard with deeply cut grooves, shoulder pads, and turtleneck, and she accessorizes with a matching tiny blue hat, yellow tie, brown boots, and metallic red gauntlets. Cammy’s authentic look is further highlighted by the blue decorations painted on her legs, a scar on her cheek, and the intense expression on her face with pursed lips and stunning blue eyes. Sculpted by Masahiro Takahashi (GILL GILL), Cammy -Alpha Costume- stands 9 inches tall (1/7 scale) on a specially designed display base. She’ll look great in your collection displayed on her own or alongside other Street Fighter Bishoujo Statues from Kotobukiya like Chun-Li, the original version of Cammy, or Decapre!
PROTOTYPES SHOWN, PENDING LICENSOR APPROVAL. FINAL PRODUCT MAY VARY. CONCEPT ART SHOWN PENDING LICENSOR APPROVAL.