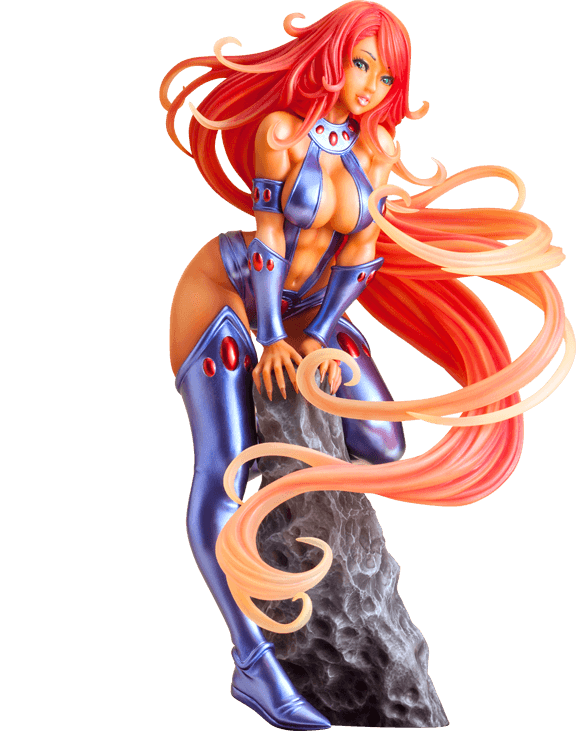 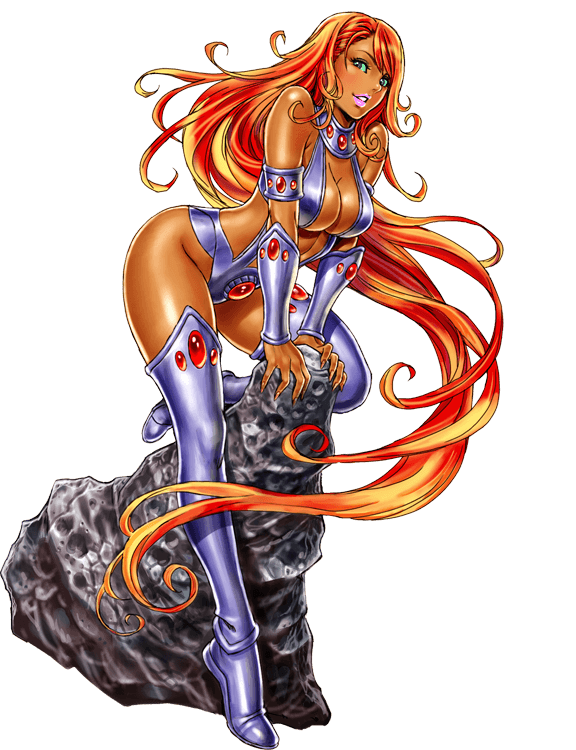 ※画像は試作品です。実際の商品とは多少異なる場合がございます。
A KOTOBUKIYA Japanese import! Coming up next in the DC Comics Bishoujo Collection (combining DC’s superheroines and villains with traditional Japanese stylings) is one of the “hottest” characters in the DC Universe, STARFIRE! An alien from the planet Tamaran, Princess Koriand’r was exiled by her wicked sister and ended up on Earth where she used her powers of flight and energy beams as a hero. Taking the name Starfire, she would defend her adopted planet and its people as a member of the Teen Titans with allies like Nightwing and Raven. Based on original artwork from master illustrator Shunya Yamashita, Starfire looks better than ever in the Japanese Bishoujo (pretty girl) style!
Starfire is captured here as she rests after battle, her enemies defeated and no longer a threat. The fiery alien perches atop a rocky outcropping, leaning forward to gaze at you while her incredible hair flows dynamically around her! Starfire wears her classic (pre-New 52) garb, a unique revealing outfit consisting of an intricate bikini-like torso harness, arm bands, and thigh high boots. The former Teen Titan is perfectly sculpted with soft lines and lots of details like the jewels, seams, and hems on her clothing and of course her heartbreakingly beautiful Bishoujo-styled face... and that’s all in addition to her fantastic hair! Meanwhile, Starfire seems to glow from within through her orange skin while her outfit and boots shines with a reflective metallic purple finish.
Sculpted by Toshiaki Hogari, Starfire stands 8 ½ inches tall (in the perfect 1/7 Bishoujo scale) as she leans on her unique georama display base. While she may outshine the others with her alien beauty, Koriand’r is the perfect addition to your DC Bishoujo statue collection!
PROTOTYPES SHOWN, PENDING LICENSOR APPROVAL. FINAL PRODUCT MAY VARY. CONCEPT ART SHOWN PENDING LICENSOR APPROVAL.