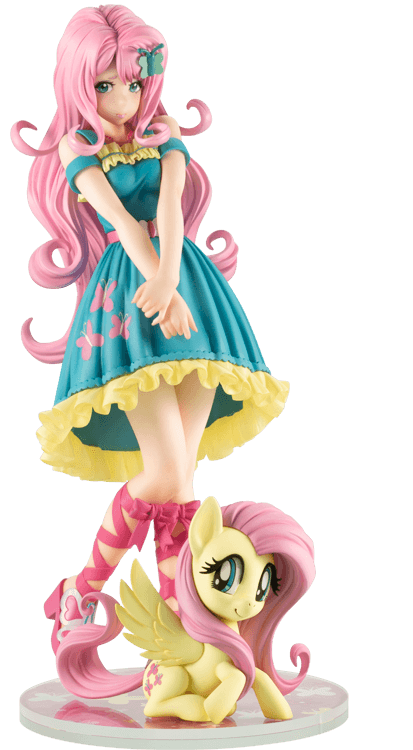 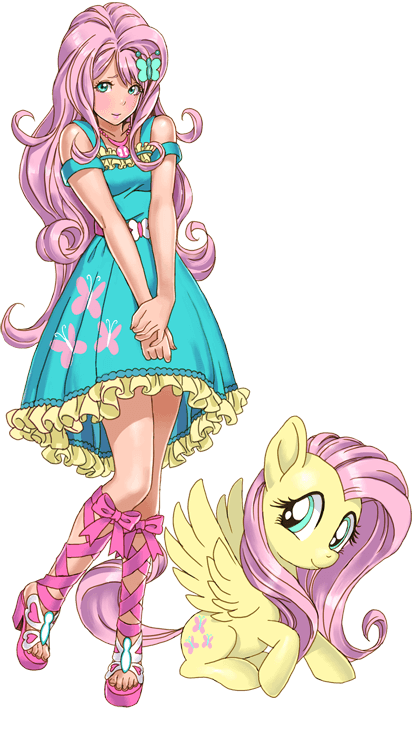 MY LITTLE PONY and all related characters are trademarks of Hasbro and are used with permission.
© 2020 Hasbro. All Rights Reserved. Licensed by Hasbro.

※画像は試作品です。実際の商品とは多少異なる場合がございます。
The third entry in MY LITTLE PONY BISHOUJO line is the kind-hearted Fluttershy!
Characters from the American cultural phenomenon MY LITTLE PONY are joining the BISHOUJO series! The next character to be rendered into the BISHOUJO style by BISHOUJO series illustrator Shunya Yamashita is Fluttershy, a kind-hearted pony who loves plants and animals.
The sculpting of Fluttershy’s soft pink hair and her flowy sundress are recreated in lifelike detail, and the pony statue sitting quietly at the BISHOUJO’s feet is the embodiment of kindness itself. Like the previous entries in the series, the pony’s long eyelashes are recreated with delicate sculpting, giving the statue an extra level of beauty and detail. Both the BISHOUJO and the pony are so full of detail, you can practically hear them speaking to you in Fluttershy’s soft voice.
After Fluttershy the fourth entry in the MY LITTLE PONY BISHOUJO series is Rarity! Stay tuned for more updates.
MY LITTLE PONY and all related characters are trademarks of Hasbro and are used with permission. © 2019 Hasbro. All Rights Reserved. Licensed by Hasbro.
PROTOTYPES SHOWN, PENDING LICENSOR APPROVAL. FINAL PRODUCT MAY VARY. CONCEPT ART SHOWN PENDING LICENSOR APPROVAL.