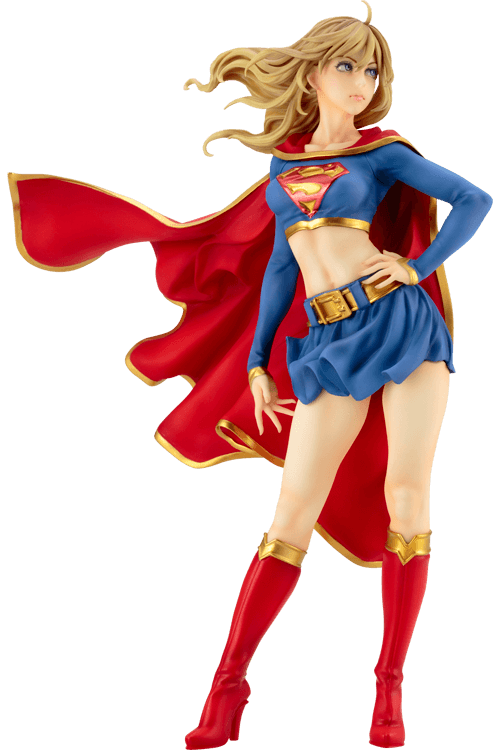 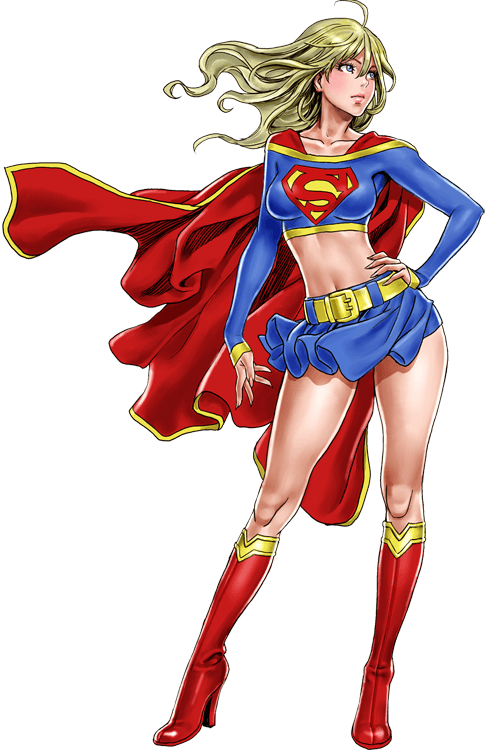 SUPERGIRL and all related characters and elements © & ™ DC Comics. (s20)

※画像は試作品です。実際の商品とは多少異なる場合がございます。
※再生産：2020年5月
A KOTOBUKIYA Japanese import! Coming up next in the DC Comics Bishoujo Collection (combining DC’s superheroines and villains with traditional Japanese stylings) is a brand new take on everyone’s favorite Kryptonian girl of steel with SUPERGIRL RETURNS! Reintroduced to the world in 2004, Kara Zor-El is the Kryptonian cousin of Superman and has all of the same superpowers. After adjusting to life on Earth she became a hero of great renown, fighting alongside various teams including the Justice League, Teen Titans, the Legion of Super-Heroes, and more. Now due to popular demand she’s back after seven years with a completely new design illustrated by Shunya Yamashita!

A bit more down to earth than her predecessor, the returning Supergirl is faithfully replicated from Shunya’s illustration as she poses confidently on guard for any threat to her adopted planet. Everything about Kara is tough yet feminine starting with her stance, hips cocked with legs apart for balance while she leans on one hand on her hip. The mighty heroine is of course dressed in her super cute two piece blue, red, and gold outfit consisting of a very short skirt and midriff-baring top along with knee-length boots with high heels. Every detail is highlighted from the metallic paints on her costume’s “S” logo and gold trim to the incredible sculpt work on her fluttering hair, cape, and skirt. And to top it all off Supergirl has a stunningly beautiful Bishoujo-styled face captured in a serious yet cute expression. Supergirl Returns stands over 9 inches tall (1/7 scale) on a specially designed display base. Get your hands on the Girl of Steel before she flies right off the shelves!
PROTOTYPES SHOWN, PENDING LICENSOR APPROVAL. FINAL PRODUCT MAY VARY. CONCEPT ART SHOWN PENDING LICENSOR APPROVAL.
*Reproduction:May, 2020