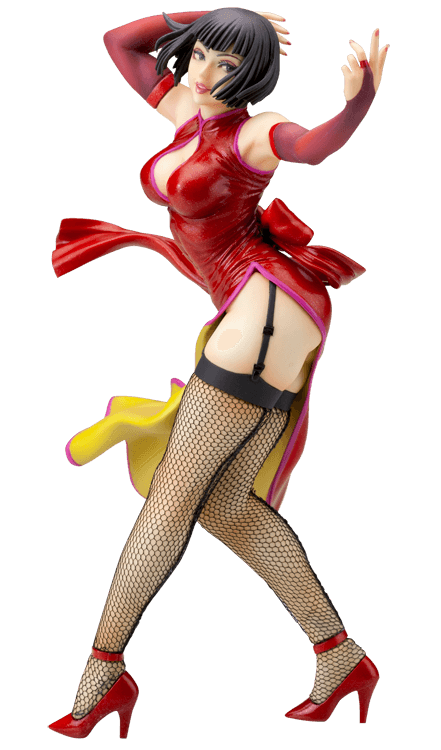 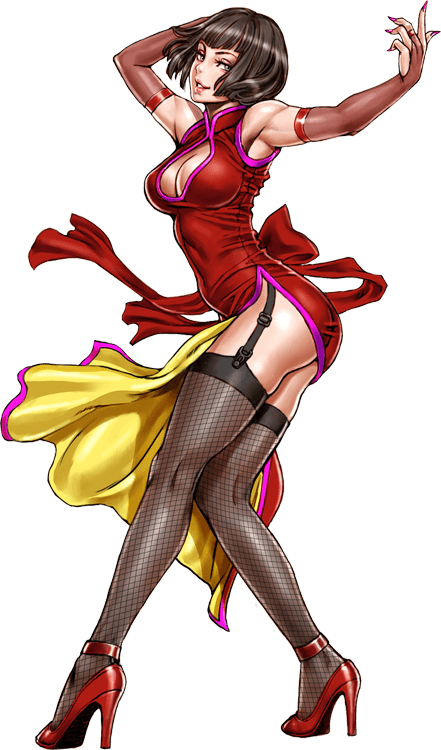 ※画像は試作品です。実際の商品とは多少異なる場合がございます。また、ベースは開発中のものです。
A KOTOBUKIYA Japanese import! The hit line of Tekken Bishoujo Statues continues! With its thrilling martial arts action, the Tekken series of video games from Namco has been a huge hit with players since the original arcade game in 1994. In the games, fighters compete in the King of Iron Fist tournament for control of the Mishima Zaibatsu Corporation, using their unique talents against their opponents. Following hot on the heels of her older sister is the sibling who couldn’t be more different, ANNA WILLIAMS! The younger, more evil Williams sister has appeared in nearly all of the Tekken games since the very first one and now joins the elder Nina as well as the other great fighters in Kotobukiya’s Bishoujo series based on an all new illustration by Shunya Yamashita.

The alluring Anna stands ready to take on any challenger in a powerful and dynamic pose. The beautiful lady in red wears a stunning crimson dress slit to her hip with a bow at the back; the fighter stands in a strong breeze as the dress flows and billows around her, revealing a bright yellow reverse side. Anna is captured in a unique stance, a slight crouch with her upper legs together and lower legs scissored forward and back while she twists to the side at her waist to beckon you closer. The voluptuous hapkido expert accessorizes her dress with matching red heels and unattached sleeves plus sexy thigh high black stockings. Incredible detail has gone into every inch of this presentation, capturing all of the subtle clothing elements and movement down to the sweep of her short hair framing her beautiful Bishoujo styled face!

Anna Williams stands nearly 7 ½ inches tall (1/7 scale) on her included display base. A vision in red, this Williams sister will be an eye-catcher on your shelf by herself and even better when paired with (or against) other Tekken Bishoujo statues like her sibling and rival Nina Williams!
PROTOTYPES SHOWN, PENDING LICENSOR APPROVAL. FINAL PRODUCT MAY VARY. CONCEPT ART SHOWN PENDING LICENSOR APPROVAL.